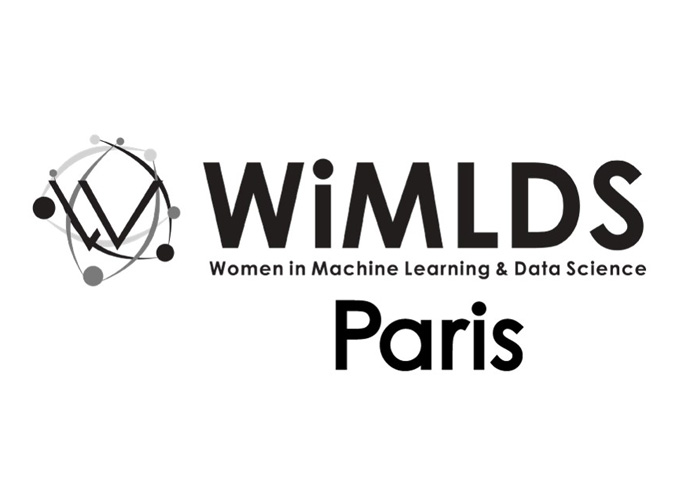 The Paris WiMLDS (Women in Machine Learning & Data Science) meetup has been created in July 2017. It is the second European chapter of the WiMLDS organization, whose aim is to promote women and gender minorities in the field of Machine Learning and Data Science. The Paris chapter was founded by Chloé-Agathe Azencott and Caroline Chavier; the organising team now includes Chiara Biscaro, Natalie Cernecka, and Marina Vinyes.
The Paris WIMLDS meetup is part of a global organization called WiMLDS, which was founded in December of 2013 by Erin LeDell. It is a non-profit 501 (c)(3) and counts 52 chapters worldwide (stats: 6 continents, 20 countries, 52 cities, 26K members). WiMLDS recently celebrated its 5-year anniversary with the 2018 Annual Report. The WiMLDS mission is to support and promote women and gender minorities who are practicing, studying, or are interested in the fields of machine learning and data science.
The Paris WiMLDS meetup organized its first event in September 2017 and became the third biggest WiMLDS meetup worldwide within 18 months. Indeed, the Paris WiMLDS community is now composed of more than 2200 members. The Paris WiMLDS members are aspiring data scientists, university students, software engineers, researchers and curious minds.

What impact has the initiative had or is expected to have?

We believe that role models are crucial to increase the number of women and other minorities in the field of machine learning and data science. Our objective is to create, find, encourage, promote, and profile diverse role models, so that the field, which is having a huge impact on our future, has a balanced representation.
Concretely, we have only women speaking at our events and we encourage and support women to participate more broadly so they can advance professionally and culturally. We discovered and showcased many hidden talents, as we are purposefully on the lookout for the first-time speakers: among more than 40 speakers to date, 50% spoke in public for the first time.
We also are shaping public discourse on the topics of technology, society, and inclusion, by promoting women’s work, by taking active stand on such issues as AI fairness and algorithm bias, and by encouraging women to share their knowledge. For example, our cofounder Caroline Chavier talked about the meetup and its role at the France is AI conference in 2018 and at the European Parliament panel on women in tech.
Another example. In 2018, three members of our community, Elena Tverdokhlebova, Tatiana Shpakova, & Karina Ashurbekova, won an international algotrading competition against 10 000 teams. They were inspired to take part in the competition by attending a WiMLDS meetup a year ago; now, they are sharing their journey to inspire other members.

What is unique about this initiative? Can it be scaled-up and replicated in other places?

Whereas Paris WiMLDS meetup is part of the global organisation, it is unique in many ways. First, its events are entirely free, therefore enabling students, young professionals, career switchers, and people from different social backgrounds to network with and learn from seasonal professionals in the field. Second, its runs several communication channels (Twitter, LinkedIn, Slack …) sharing valuable insights and information, such as job postings, calls for projects, and scientific papers, and raising profile of its members nationally and internationally. Third, it contributes to create a powerful international network for women in the field, on which they can rely on throughout their careers.